Frequently asked questions about simultaneous interpretation and our platform

If you’re here to find out more about our technology – i.e. where our servers are located, the delay in transmission, how much it costs, our level of expertise and anything else about our services and solutions – you’ve come to the right place. 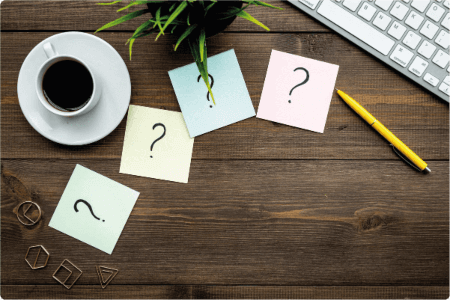 Below are just some of the questions we receive most frequently. We’ve tried to answer them with as much detail and transparency as possible so that you can make an informed decision when it comes to working with us and/or using our services. If you have a query that is not listed below, please visit our knowledge base and do not hesitate to get in touch with us - we’d love to help.

Where are your servers located?

Around the globe. We use distributed infrastructure on redundant servers to ensure worldwide coverage and 99.5% uptime. No matter where you are, our cloud-based technology will function flawlessly provided you have a connection to the internet.

What is the sound delay from the speaker to interpreter?

The Interprefy platform has near-zero transmission latency. The delay is below 0.2s and is completely unnoticeable, so you don’t have to worry about streaming audio and video across the globe.

How secure is your solution?

Audio and video streams are encrypted using 256-bit encryption, while two-factor authentication (2FA) via SMS or email governs access to the tool.

Yes, for events hosted on Interprefy Connect, Connect Pro, Event or Event Pro, two-factor-authentication can be enabled in the event management interface.

How can I use interpreting for Zoom meetings?

Absolutely. Interprefy can provide interpretation for Zoom meetings directly in the Zoom interface — participants simply select the language they want to listen to from the globe icon on Zoom and interpretation provided by Interprefy RSI technology will start.

How much does remote simultaneous interpretation cost?

Costs vary depending on your event type and needs. Quotes are tailor-made and several factors are taken into account, as explained here.

How complicated is it to switch to remote interpreting or connect remote speakers?

Much less complicated than having interpreters on-site! Our professional services team will help set up everything and monitor connections during the event. Immediate troubleshooting is also included.

What if the internet goes down?

Statistically, there’s a higher chance of a black-out than the internet at a conference site dropping. That said, our devices can use mobile connectivity (4G) if necessary – and the audience can do the same on their phones.

What is remote simultaneous interpretation?

Remote simultaneous interpretation (RSI) is the process of remotely interpreting or translating speech from one language to another whilst it’s in progress. You can find out more by visiting our ‘How it Works’ page.

Can you help me to find interpreters for my event?

We work with the biggest language service providers (LSPs) in the world to source the best interpreters for events. Through this partnership we are able to provide interpreters for any language, domain or level of expertise.

Can I use your platform if I work with my in-house interpreter team?

Absolutely. If you have your own in-house interpreters or a team you have worked with previously who are privy to company-specific jargon, Interprefy will train them.

Commonly asked questions around the different techniques of interpretation.

What is remote simultaneous interpretation?

What are the 3 types of interpretation?

How does simultaneous interpretation work?

Simultaneous interpretation both in an on-site and in a remote scenario work the same way: The speaker speaks into a microphone. The audio and video signal are transferred through the AV-system to the interpreter, who will listen and watch through his headphones and computing system. The interpreter, who is skilled in interpreting from the speakers' language into a different language, will then orally translate the spoken into a foreign language in real-time, without interrupting the flow of speech. The interpreter speaks into a microphone, and the audience receives the interpreters' audio signal with the translation within fractures of seconds of the speaker speaking.

What is the difference between simultaneous and consecutive interpretation?

What is the difference between VRI and RSI

Where is simultaneous interpreting used?

Simultaneous Interpretation is often used for large virtual and/or on-site meetings, conferences, seminars, conventions, multilingual events, workshops, and any other type of event that attracts a large and divers audience. This explains why an intricate audio system, must be used. Since the outbreak of the Covid-19 pandemic, a high increase in demand for remote simultaneous interpretation for virtual events have been registered.

What are the different roles of an interpreter?

In a multilingual setting, a professional interpreter plays a major role in bridging the gap between the original speaker and the audience. In simultaneous interpreting the interpreter follows a series of guidelines to fulfill his role as a link between audience and speaker: Keeping utterances short; translating impartially and unbiased, following up with the other party if content meaning is not clear, keeping the flow of the conversation steady, and fulfilling a duty of absolute confidentiality.

Can you be an interpreter without a degree?

How do you do simultaneous translation?

Simultaneous translation or interpretation is defined by ISO, the International Standards Organisation, as the process of rendering a spoken or signed message into another spoken or signed language, preserving the register and meaning of the source language.

How do you practice interpreting skills?

Simultaneous interpreters need not only practice one skill, but rather focus on performing a skill a large number of times.

Is being an interpreter stressful?

To work as an interpreter is a highly demanding job and can be quite stressful. Being an interpreter requires many years of experience, training multiple skills, a lot of discipline and hard work and can be mentally highly challenging. Professional conference-level interpreters often have to deal with emotional or difficult situations and are required to maintain a high degree of professionalism, all whilst speaking in different languages and thinking simultaneously.

How long can an interpreter work?

Interpreting in real-time is a very mentally exhausting task. In order to deliver high quality interpretation, it is recommended that an interpreter should never work for more than 45 minutes at a time without a break for consecutive interpretation. Simultaneous or real-time interpreting is a even more intense task and guidelines are that interpreters work in pairs and take turns of 20 to 30 minutes each.

What is shadowing in interpreting?

What language is most in demand?

Spanish is the language with most demand for interpreting, followed by Mandarin and German.

Want to see it in action?

If you’re interested in seeing how the Interprefy platform works, why not book a demo with us and we’ll go through it all in detail!